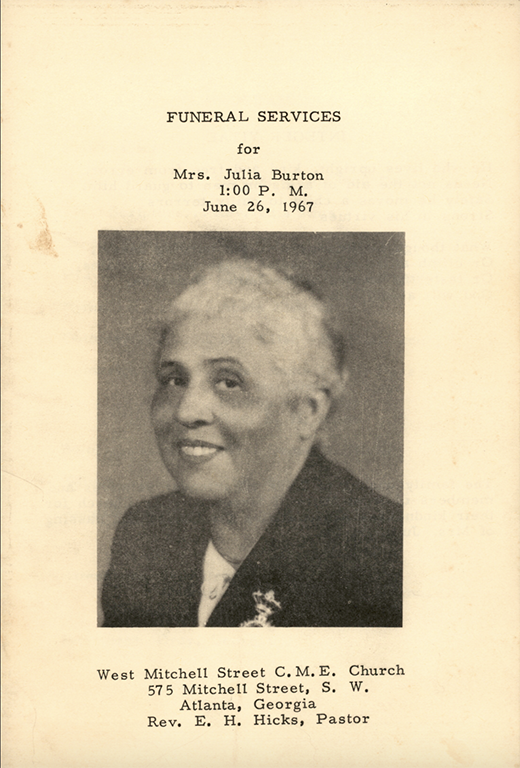 Watch a video travelogue of the codex’s digitization journey.

ATLANTA — A 16th-century precursor to the modern book has been digitized and made freely available online through the Digital Library of Georgia. The project was a partnership between Georgia HomePLACE, the digitization unit of the Georgia Public Library Service; the Brunswick Library, part of the Marshes of Glynn Libraries; and the Auburn Avenue Research Library for African American Culture and History, a special library of the Fulton County Library System.

The book, or codex, is a leather and metal-bound liturgical volume of hand-lettered manuscript pages written in Latin and estimated to have been created around 1580. It contains text from the Catholic Tridentine Mass, adopted at the Council of Trent a decade earlier, and includes excerpts from the book of Matthew and musical notation for hymns.

“The codex is an especially treasured part of our collection at the Brunswick-Glynn County Library,” says Ben Bryson, Assistant Director of the Marshes of Glynn Libraries. “During student tours, it creates more excitement than any other part of the library when students see its size and learn how old it is. Thanks to the assistance of Georgia HomePLACE and the Auburn Avenue Research Library, we can now share this treasure with people around the world through the Digital Library of Georgia. One wonders if James Robeson could have imagined what the future held for his gift to the Brunswick Library when he donated it more than forty years ago.”

The codex is believed to be Spanish in origin and was moved to an English monastery where it remained until the reign of King Henry VIII. When Henry VIII dissolved the Catholic Church in England he distributed the property of the Church to his supporters. This manuscript fell into private hands at that time. Francis L. Abreu of Sea Island acquired the manuscript in New York City. It was given to the Brunswick Library in 1975 by James L. Robeson of Brunswick. Mr. Abreu and Mr. Robeson were partners in the architectural firm Abreu and Robeson.

Measuring at over 4’ by 2.5’ when open, the codex presented a digitization challenge, outpacing the size of nearly all flatbed and overhead scanning equipment in the area.

“The cost to crate, ship, and scan the codex with a private vendor would have been astronomical,” says HomePLACE director Angela Stanley. “Thankfully, our friends at the Auburn Avenue Research Library came to the rescue with their state-of-the-art scanning lab. When Archivist Derek Mosely confirmed that their Zeutschel A0 planetary scanner was up to the task, we were thrilled.”

Located in Georgia’s Golden Isles, the Marshes of Glynn Libraries serve the residents and visitors of Glynn County from two locations: the Brunswick-Glynn County Library in Historic Downtown Brunswick, and the St. Simons Island Public Library at the Old Casino in the Pier Village.

Fulton County Library System is the largest in the state, with 34 libraries, including the Auburn Avenue Research Library, and a collection of more than 3 million items. It offers innovative programs, services and virtual resources tailored to meet the needs of each branch’s community. Children, teens and adults may choose from a variety of classes, visit exhibitions, listen to authors discuss their work, check out videos, DVDs and CDs, attend book club discussions, get homework help, hear music and see live performances. For more information about the system, visit www.afpls.org.