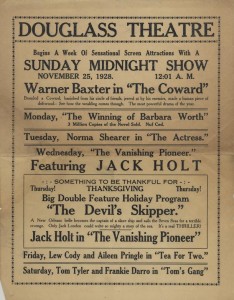 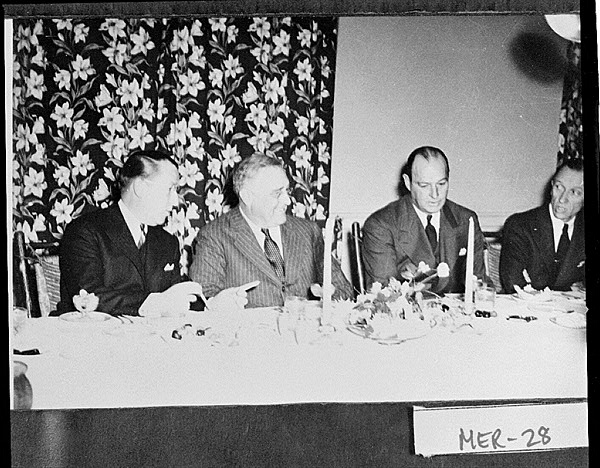 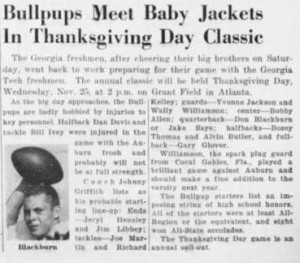 A resolution, of sorts, as reported by the New York Times: “On Monday, at the Perry County Courthouse in Alabama, that past came calling: Mr. Fowler, who is white, pleaded guilty to the 1965 killing of a black man whose death led to the historic civil rights marches from Selma to Montgomery.”

On the night of February 18, 1965, a meeting of African Americans in Marion, Alabama, had been forcefully broken up by the police. Jimmy Lee Jackson was shot by an Alabama State Trooper and died eight days later. Martin Luther King Jr. spoke at his funeral.

As we never quite escape our past, it is important to retain what evidence of it that we can. The Civil Rights Digital Library (CRDL) builds upon the efforts of numerous institutions in order to make this preserved history more accessible. Through the CRDL portal one can discover primary resources about the Civil Rights Movement arranged by events, places, people, topics, media types, and more.

The picture (right) shows an event page for the “Selma-Montgomery March.” The page offers a capsule background of the event followed by list of relevant collections accessible through the CRDL, and finally a list of educational resources. Each collection is preceded by a +/- sign that can be clicked to expand/collapse a list of links to individual items.

Clicking on any item in the list will take you to a record that provides detailed information about the item. You will also find a group of linked subject headings which allow you to refine your research as you go.

The CRDL makes it easier to revisit your history (with extensive subject headings and indexes) and more meaningful (by aggregating collections around a single subject). Everything is worth another look.