Long before they gained national fame for their accomplishments, these Georgians were largely unknown members of society, waiting to take their place in history. Take a small peek into their lives back when they weren’t so well known:

Sidney Lanier gained attention in the late 19th century for writings and poetry about his home state. The photograph below from the Vanishing Georgia Collection captures him as a 15 year old boy in Macon, Georgia. In the years that followed, he graduated from Oglethorpe University and served in the Civil War before embarking on a successful writing career. As a result of this success, he would eventually have a lake, a bridge, and even a county named in his honor in Georgia. 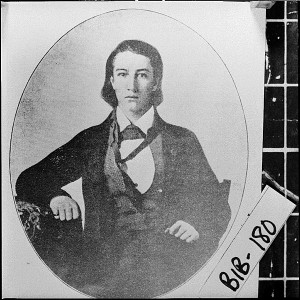 Silent film actor Oliver Hardy spent most of his youth in Milledgeville, Georgia where his mother ran a hotel and he worked at a movie theater. The newspaper clipping below from the Jul. 21, 1908 issue of the Milledgeville Union Recorder lists him as a first basemen in a Married versus Singles baseball game. Note the roster refers to him as “Fatty,” which was one of his childhood nicknames. He eventually left Georgia for a movie career in California and became one of the most recognizable actors in the history of American film. 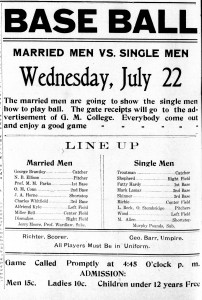 Although not completely unknown in 1963, this image of Jimmy Carter during his early days as a state legislator bears no hint that the “Farmer & Warehouseman” from Plains, Georgia would one day become the president of the United States (by anthony at dress-head ). The image is from a picture book of state legislators in the Georgia Government Publications site.