The Digital Library of Georgia (DLG) has partnered with the 6th Cavalry Museum to digitize its collection of historic holiday menus created at Fort Oglethorpe, Georgia from 1925-1940, thanks to a digitization grant awarded by the DLG.

The collection is available at https://dlg.usg.edu/collection/scm_scthm.

Holiday menus combine economic, cultural, and social histories of holidays as well as food and cooking history. Some of these menus also include rosters of US military personnel, as well as guests and family members. In some cases, the menus include a “year in review” section, providing key insights that aren’t offered elsewhere in materials held by the 6th Cavalry Museum.

These materials have proved to be particularly helpful to genealogists who have made use of them as a source of historical information, thanks in part to rosters recorded inside of the menus.

Food historians will be able to consult these resources for a history of food or a study of ritualized meals, and menu highlights provide critical information about military life and help provide a better understanding of the loss, change, and growth that took place during the 1920s and 1930s.

“My father joined the 6th Cavalry for officer’s training in 1940 at Fort Oglethorpe and eventually attained the rank of Major by the end of World War Two. Fort Oglethorpe held special memories for my parents because they met there when my father was in training and my mother worked for Col. James Troutt in the Office of the Surgeon.”

About the 6th Cavalry Museum

The 6th Cavalry Museum preserves the rich military history of the Fighting Sixth Cavalry, the former Army Post at Fort Oglethorpe, Georgia (1902 – 1946), and the Third Women’s Army Corps Training Center. Located on the Post’s original parade ground, the area is listed on the National Register of Historic Places, surrounded by officer’s homes and other Post buildings. The 6th Cavalry Museum was founded in 1981 by members of the 6th U.S. Cavalry Veterans Association and continues the mission of Sharing History for All. 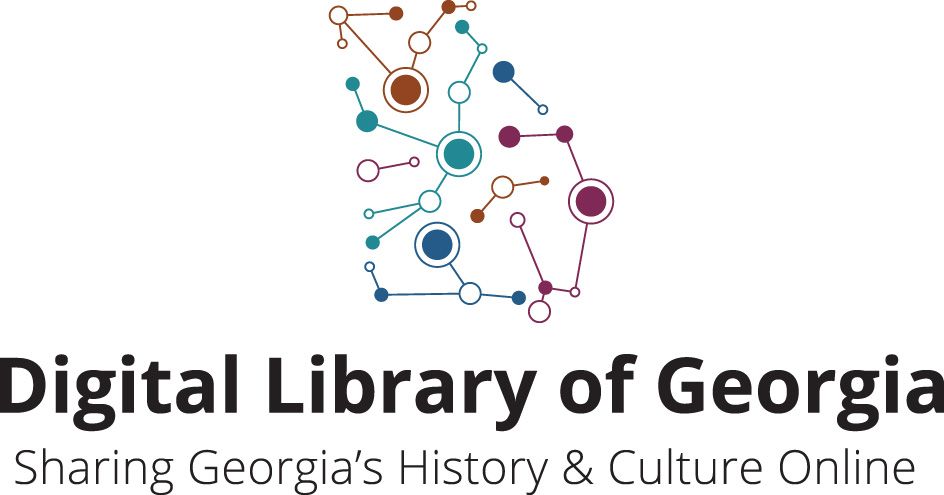 Eight institutions (and nine projects) are recipients of the eighth set of service grants awarded in a program intended to broaden partner participation in the DLG. The DLG solicited proposals for historic digitization projects in a statewide call, and applicants submitted proposals for projects with a cost of up to $7,500.00. DLG staff will provide free digitization, metadata, and hosting services so that more of Georgia’s diverse history can be found online free. This subgranting program was presented the 2018 Award for Excellence in Archival Program Development by a State Institution by the Georgia Historical Records Advisory Council (GHRAC).

Preference in the selection process was given to proposals from institutions that had not yet collaborated with the DLG. The Archives of the Society of Mary, Province of the USA, the 6th Cavalry Museum, the Georgia B. Williams Nursing Home, and the Midway Museum are all new partners for the DLG.

The selected collections document all corners of the state and life from the 1700s to the 1996 Olympics. There’s something for everyone: family researchers will find plantation, funeral home, county government, and nursing home records; art enthusiasts will learn of the Atlanta Symphony Orchestra’s growth from its founding in 1945 to the mid-1980s; those interested in protest and politics can study community resistance to the 1996 Olympics, view the effects of segregation policies in urban planning, and encounter the changing face of Atlanta and Savannah’s public spaces in the 1950s. The materials document the state’s African American, Roman Catholic, and military communities.

The recipients and their projects include:

Digitization of 24 scrapbooks from the Atlanta Symphony Orchestra (ASO) Collection dating from 1945 to 1985 that include newspaper clippings of concert previews, reviews, and highlights of guest performers, composers, and conductors, as well as photographs, advertising materials, and organizational records such as memos and correspondence. The bulk of the ASO scrapbooks are from the 1950s-1960s and document the arrival of Music Director Robert Shaw in the late 1960s and the effects of the Civil Rights movement on the orchestra.

Digitization of audiovisual items from the Carol Brown Papers, 1993-2012 (bulk 1993-1994) focusing on pro- and anti- LGBTQ+ activities in traditionally conservative Cobb County and the campaign to move 1996 Olympic events out of the County. Further, in a time of daily protest, the collection illustrates the power of creative, peaceful protest.

Digitization of the selections from Park and Tree Commission minutes from 1896 to 1920 that reflect the intersections of urban planning and civil rights, trends in landscape design, development of Savannah’s cemeteries (both African American and white, since Savannah had segregated cemeteries), and details such as the use of convict labor in city infrastructure projects. These records offer insider perspectives into the decision-making process related to these Jim Crow-era policies that are not often found in government records.

Digitization of films and slides dating from 1938 to 1979 and drawn from Marist College educator Reverend Michael Kerwick’s films and from the papers of Marist educator Rev. Vincent Brennan. The materials document the Marist School community in Atlanta and, more broadly Roman Catholics in Georgia.

Digitization of a collection of holiday menus created for the 6th Cavalry troops at Fort Oglethorpe from 1925 to 1940. The holiday dinner menus offer a glimpse of food and culinary traditions and of military life through troop rosters and highlights of each year’s troop activities.

Digitization of the Georgia B. Williams Nursing Home Archives documents the first maternity shelter where “only” African American women were allowed, by local Mitchell County doctors, to receive midwife delivery for their newborns. Materials in the collection include registers of the mothers and babies born between 1949 and 1971.

Digitization of the Julia King Collection, composed of original land grants/deeds, plantation documents, indentures, estate documents, photos, and letters connected with the Roswell King family’s Liberty County plantation and the county itself from the late 1700s through the middle of the 20th century. The collection will be of particular interest to those doing family research on the enslaved in Liberty County.

Description of architectural drawings from the Savannah-based, woman landscape architect Clermont Lee. Lee is best known for her work designing gardens and parks for historical landmarks throughout Georgia. The drawings are from 1940 through the mid-1980s and include projects in and around Savannah, as well as several throughout Georgia and the larger Southeast.

More information about our partner institutions is available below:

The Georgia State University Archives Music and Radio Broadcasting Collections began as the Johnny Mercer Collection and grew to include related materials that include: other musicians’ and artists’ papers, early country, bluegrass and Southern gospel music, Atlanta Symphony Orchestra archives, and records of WSB Radio and other Georgia stations. The collection contains more than 20,000 pieces of published sheet music, Tune-Dex cards, and arrangements by American songwriters, as well as 50,000 recordings from a variety of genres. For more information, visit the Music and Radio Broadcasting Collections research guides at research.library.gsu.edu/musicradio

The Women’s Collections chronicle women’s activism and advocacy in Georgia and the Southeast. Within this curatorial area are several notable collections: the Donna Novak Coles Georgia Women’s Movement Archives, the Lucy Hargrett Draper Collections on Women’s Rights, Advocacy and the Law, and the Archives for Research on Women. For more information, read the Women’s Collections research guides at research.library.gsu.edu/womenscollections

The City of Savannah Municipal Archives collects, manages, preserves, and makes accessible records documenting the City of Savannah’s history; administers the records management program and the City Records Center to increase the efficiency of City agencies; and shares the City’s history with City employees, citizens and visitors through outreach activities. The Municipal Archives services reference requests from researchers and the general public which relate to archival and historical City records under its administration in the City Records Center and shares the City’s history through a variety of public outreach activities, including tours of City Hall, permanent and rotating exhibits, and special programs. Visit www.savannahga.gov/475/Municipal-Archives

The Greater Clarks Hill Regional Library System aims to provide quality library services and materials to children and adults in the community in order to meet their informational, recreational, and educational reading needs. Visit gchrl.org/

About the Archives of the Society of Mary, Province of the United States

The mission of the archives is to collect, preserve, and make available manuscripts, records, photographs, audiovisual materials, artifacts, books, and other items that document the ministries, houses, and personnel of the Society of Mary in the United States. Although Marists first arrived in Louisiana in 1863, items in the collection date from the early 1800s through 2020. The provincial archives for the U.S. Province have been housed in the rectory at Marist School in Atlanta, Georgia since 2000, when the former Washington and San Francisco provinces consolidated into the Atlanta province. The archival collection of the former Boston province was moved from Framingham to Atlanta in 2014.

About the 6th Cavalry Museum

The 6th Cavalry Museum preserves the rich military history of the Fighting Sixth Cavalry, stationed at The Post at Fort Oglethorpe from 1919-1942. The story of the 6th Cavalry began in 1861 as a U.S. Cavalry Regiment. Located on the Post’s original parade ground/polo field, the area is listed on the National Register of Historic Places, surrounded by officer’s homes and other Post buildings. The museum opened in 1981 through the volunteer efforts of the local WWII 6th Cavalrymen, their families, and interested residents. Visited by presidents, military heroes, and celebrities, the museum houses artifacts, uniforms, weapons, accoutrements, photos, and vehicles. Visit 6thcavalrymuseum.org/

About the Georgia B. Williams Nursing Home

Listed on the National Register of Historic Places in 2011, the Georgia B. Williams Nursing Home in Camilla, Georgia was the only facility where African-American women could deliver babies in Mitchell County, for many years prior to the Civil Rights Movement. It was owned by Beatrice (“Miss Bea”) Borders (1892–1971), a midwife who delivered over 6,000 babies at the home between 1941-1971.

About the Midway Museum

Since its founding, the Midway Museum has been supported by the descendants of the Midway Church members who have provided 18th- and 19th-century family heirlooms, documents, books, genealogical lineages, heirloom furnishings, paintings, and artifacts. Many Midway Church descendants still live in Liberty County and coastal Georgia, serve on the Board of Governors, and visit during the Midway Church’s annual Homecoming. Visit themidwaymuseum.org/

About the Georgia Historical Society

Based at the University of Georgia Libraries, the Digital Library of Georgia is a GALILEO initiative that collaborates with Georgia’s libraries, archives, museums, and other institutions of education and culture to provide access to key information resources on Georgia history, culture, and life. This primary mission is accomplished through the ongoing development, maintenance, and preservation of digital collections and online digital library resources. DLG also serves as Georgia’s service hub for the Digital Public Library of America and as the home of the Georgia Newspaper Project, the state’s historic newspaper microfilming project. Visit the DLG at dlg.usg.edu.