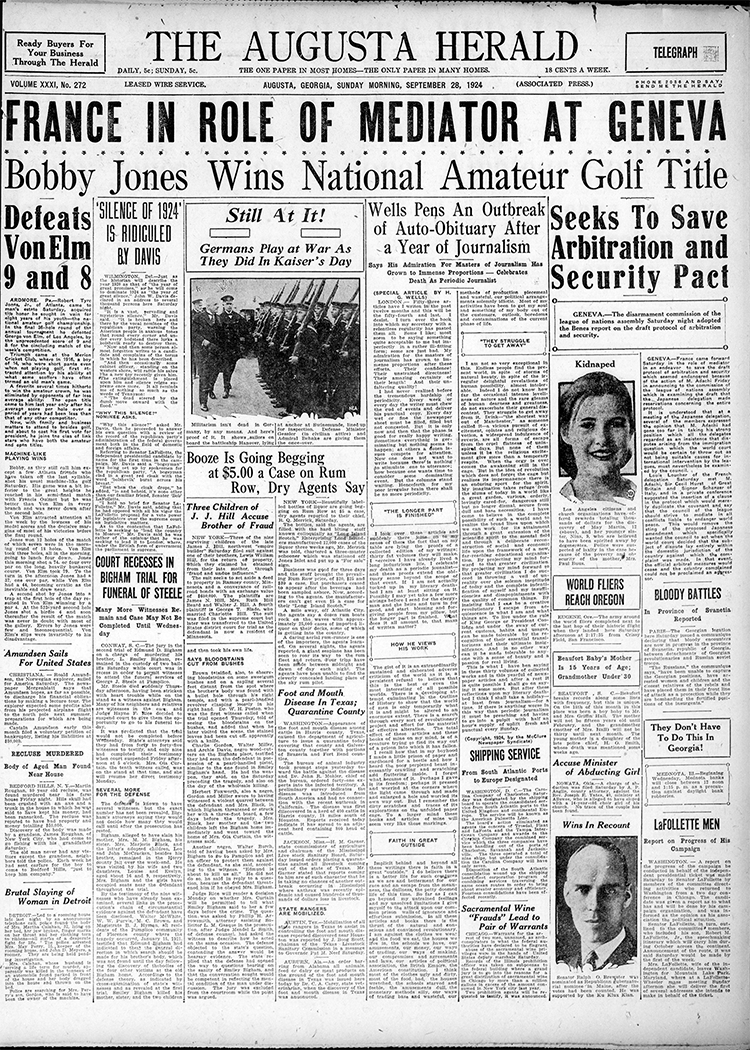 Kirby describes the importance of having access to these historical newspapers here:

“Those of us who write about the history of our communities know there is no better source than the local newspapers. They are like battlefield reports from the front lines of daily life.

Yes, we usually know the outcome of the story they report, but in reviewing their details we sometimes see how that result came to be.

The Digital Library of Georgia’s effort to make available the Augusta Herald issues in the early years of the previous century is invaluable in that it offers another perspective of life in Augusta. It is sometimes different from the one presented by its longtime rival The Augusta Chronicle, whose pages have been digitally available and searchable for two decades.

Best of all, this project is offered free to the public and it is hoped they will use it to see how the past has shaped their present.”