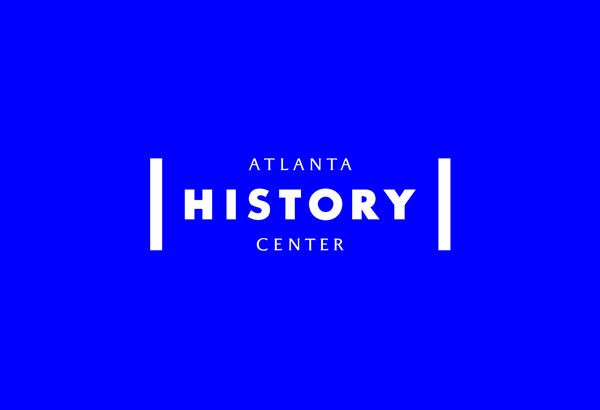 The Digital Library of Georgia (DLG) is pleased to announce that, in conjunction with the Atlanta History Center, 150 recordings of the radio program Southwind: The New Sounds of the Old Confederacy are now available at http://cdm17222.contentdm.oclc.org/cdm/landingpage/collection/p17222coll4. These resources are now online thanks in part to the DLG’s Competitive Digitization grant program, a funding opportunity intended to broaden DLG partner participation for statewide historic digitization projects.

Atlanta journalist Boyd Lewis conceived, created, produced, and hosted Southwind, a half-hour radio program of features and documentaries on the people, issues, and events of the South. The program aired on WABE-FM in Atlanta between November 14, 1980 and January 29, 1987. The collection contains 150 out of the 177 editions that were recorded. Each of the Southwind programs consisted of one to three segments that featured original reporting either by Mr. Lewis or his colleagues in public radio throughout the Southeast. Many of the segments focused on contemporary events that Mr. Lewis placed in historical context, while other segments were retrospectives of past events that featured the voices of the participants. The segments touched upon a broad range of topics relating to the history of Atlanta and the American South in the mid-to-late 20th century, including the Civil Rights Movement; African American history; city and regional economic and cultural development in the southeast; business and labor history; Atlanta theater; folk life; literature, and political history. As such, they are a potentially valuable primary source of scholarly and journalistic inquiry.

Southwind included feature interviews with historical figures such as the authors Erskine Caldwell and Paul Hemphill; educator Benjamin E. Mays, and former President Jimmy Carter. The program also featured commentaries by authors Pearl Cleage and Toni Cade Bambara; and a 1986 recording of author James Dickey reading selections of his poetry. Many episodes included features about the life and legacy of Dr. Martin Luther King, Jr. These segments included audio excerpts from many of King’s colleagues, including the Reverend Joseph Lowery and C. T. Vivian. Other features included an assessment of Atlanta Mayor Andrew Young’s first 100 days in office; a segment on threats to the renewal of the Voting Rights Act of 1965; a profile on civil rights activist Heman Sweatt; a feature on the 1986 Fifth District congressional race between John Lewis and Julian Bond; a story about Atlanta churches offering sanctuaries to immigrants fleeing political turmoil in Latin American countries; a piece on North Carolina’s Greensboro Massacre in 1978 where Klansmen killed five demonstrators; a feature about the Atlanta Crackers and Atlanta Black Crackers baseball teams, and several stories about the series of kidnappings and murders that took place in Atlanta in the late 1970s and early 1980s, known as “the Atlanta Child Murders.”

Joseph Crespino, Jimmy Carter Professor in the history department at Emory University notes that these digitized resources are “an invaluable resource for researchers and students of the modern history of Atlanta and the South, as well as the history and legacy of the modern civil rights movement.”

About the Atlanta History Center

The Atlanta History Center through its collections, facilities, programs, exhibitions, and publications preserves and interprets historical subjects pertaining to Atlanta and its environs and presents subjects of interest to Atlanta’s diverse audiences.

Based at the University of Georgia Libraries, the Digital Library of Georgia https://dlg.usg.edu is a GALILEO initiative that collaborates with Georgia’s libraries, archives, museums, and other institutions of education and culture to provide access to key information resources on Georgia history, culture, and life. This primary mission is accomplished through the ongoing development, maintenance, and preservation of digital collections and online digital library resources. DLG also serves as Georgia’s service hub for the Digital Public Library of America and as the home of the Georgia Newspaper Project, the state’s historic newspaper microfilming project.

The Digital Library of Georgia (DLG) is pleased to announce the addition of the WSB radio logs to the DLG and to the Digital Public Library of America (DPLA).

The radio logs document programming in the early years of WSB Radio, Atlanta’s first radio broadcast station. The logs, which span 1922 to 1949, document WSB programming during the “Golden Age of Radio.” They contain a combination of program listings, technical information, and transcriptions of radio “conversations” between engineers at WSB and ham radio operators. The shows included market reports, weather forecasts, news, old-time and gospel music performed by regional musicians, game shows, variety acts, and soap operas.  Many programs and performers included in the logs are recognizable today, such as Guiding Light, Dick Tracy, Eddie Cantor, and the Ziegfeld Follies.

WSB (“Welcome South, Brother”) Radio, was created on March 15, 1922, when it broadcast “Light Cavalry Orchestra” at a power of 100 watts. Originally owned by The Atlanta Journal, the station was first located in a makeshift studio on the fifth floor of The Journal building on Forsyth Street in downtown Atlanta.  Hailed as the “Voice of the South,” WSB Radio was a pioneer, being the first station to adopt a slogan, broadcast a complete church service, and employ radio as an educational medium by establishing “WSB’s University of the Air.” These were daily broadcasts conducted by the faculties of Georgia Tech, Emory University, Agnes Scott College, and Cox College. WSB was also the first station to use a musical signature, a practice later adopted by NBC. When the station became an affiliate of NBC in 1927, its programming expanded to include commercials. The logs are a rich resource for those interested in radio broadcasting history, early 20th century radio advertising, and Georgia’s cultural and technological contributions to the “Golden Age of Radio.”

As a service hub for the DPLA, the Digital Library of Georgia provides digitization and metadata assistance for its partner institutions around the state. The DLG also aggregates and shares metadata about digital items with the DPLA, allowing the DPLA to act as a portal to these collections. Thanks to grants from the John S. and James L. Knight Foundation and the Arcadia Fund, the Digital Library of Georgia has digitized and described these items for inclusion in both the DLG and the DPLA.