In February of 1957, Louis Armstrong was scheduled to appear at Stegeman Hall on the University of Georgia campus. The concert was nearly canceled due to racial strife and a bill before the state legislature to ban mixed social events. Despite these obstacles, the concert went on without a hitch and a good time was had by all. Below are two articles from the university’s student newspaper, the Red and Black, that were written before and after the event. The articles are dated February 21st and 28th respectively and can be found in the Red and Black Archive. Special thanks to the University of Georgia Libraries’ Ngaire Smith, who uncovered these articles while researching the topic for a UGA alumnus who attended the event. 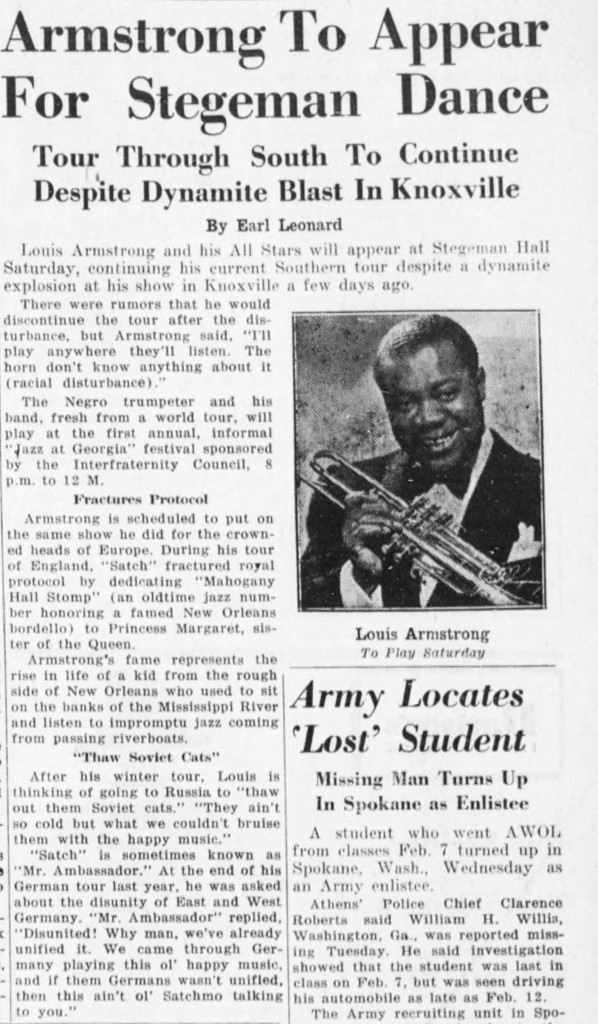 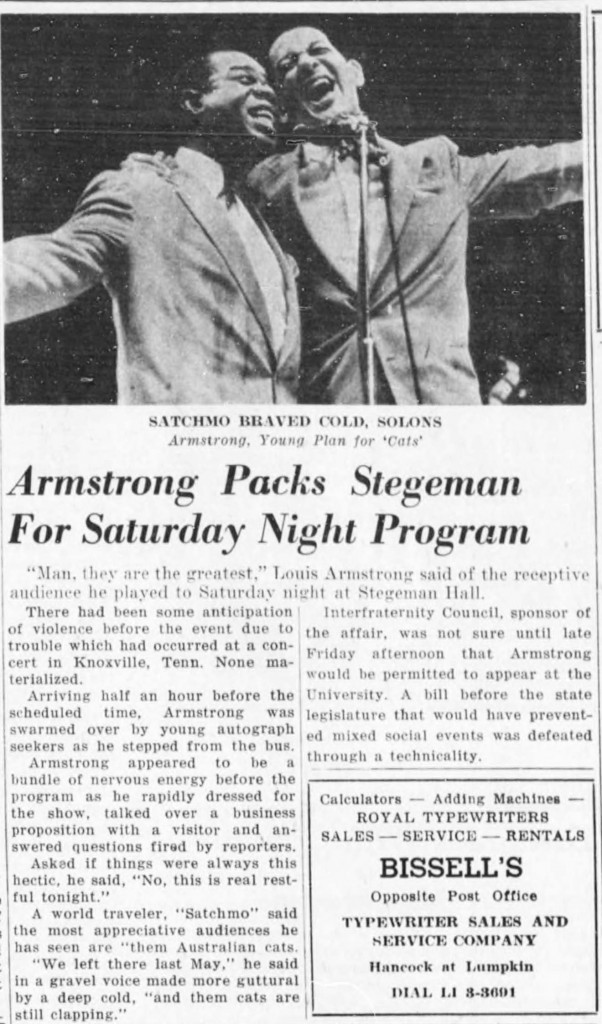