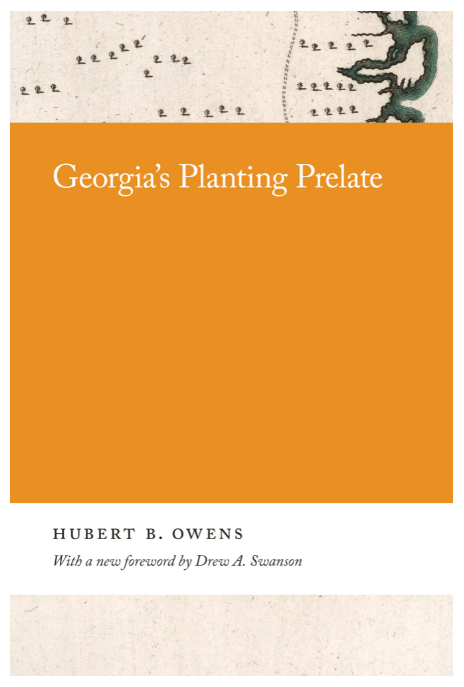 Today, October 15, the Digital Library of Georgia is thrilled to announce the Georgia Open History Library launch from our partners at the University of Georgia Press.

The collection is now available in our Georgia portal and through other public outlets, including:

The Georgia Open History Library is an open-access selection of single-authored scholarly titles and two multivolume series and primary documents going back to the founding of Georgia as a colony up to statehood and beyond.

It is important to note that new forewords written by contemporary historians were commissioned by UGA Press for each volume in this collection, adding important current scholarly context to these materials.

44 individual volumes focusing on the colony and eventual state of Georgia cover the following topics:

UGA Press Director Lisa Bayer notes: “As the United States approaches its 250th anniversary in 2026, these online resources about the thirteenth colony will help students, teachers, and all citizens to better understand the diversity and complexity of our early national history.”

Funded by the NEH Humanities Open Book Program, the Georgia Open History Library is a project of the UGA Press in partnership with the UGA Libraries, Georgia Humanities, the New Georgia Encyclopedia, the Georgia Historical Society, the Digital Library of Georgia, the Willson Center for Arts and Humanities at UGA, and the Atlanta History Center.

About the University of Georgia Press:

Since its founding in 1938, the primary mission of the University of Georgia Press has been to support and enhance the University’s place as a major research institution by publishing outstanding works of scholarship and literature by scholars and writers throughout the world. The UGA Press is the oldest and largest book publisher in the state, currently publishes 60–70 new books a year, and has a long history of publishing significant scholarship, creative and literary works, and books about the state and the region for general readers. To learn more about the UGA Press and its publications, authors, and events, visit www.ugapress.org.

The Digital Library of Georgia and the University of Georgia Press have collaborated to make important works on Georgia history available in a digital format.

From the University of Georgia press release:

A collection of early and seminal works on Georgia history is now freely accessible in digital editions through the Digital Library of Georgia. Biographies, letter collections, and works of Georgia history are among the initial group of forty-nine books in the University of Georgia Press Georgia History E-book Project.