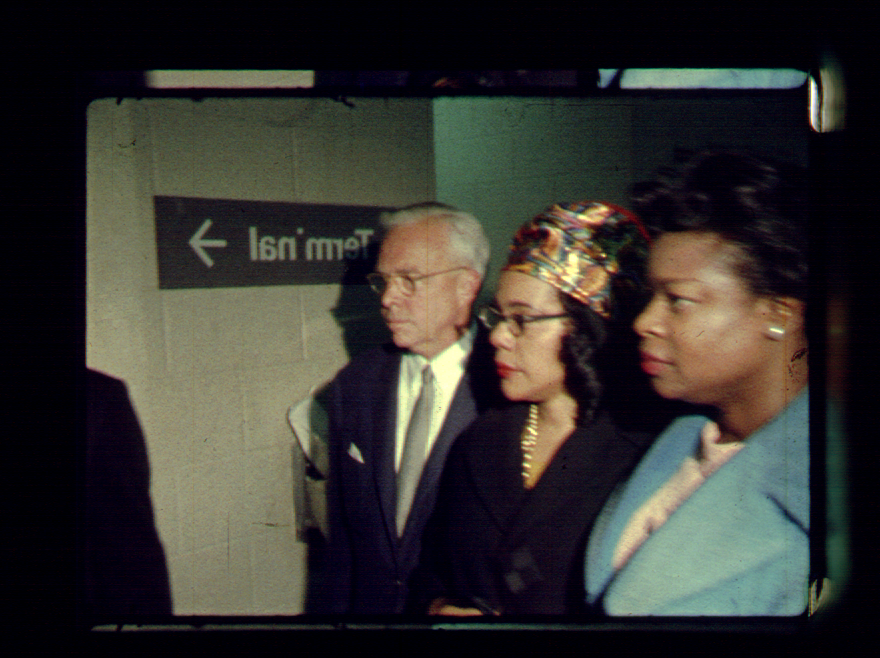 I honestly don’t know how many times I’ve heard or read the phrase “I saw it in the Civil Rights Digital Library and I’m wondering if…” all I know is it has been a lot. The Civil Rights Digital Library (CRDL) is a digital portal that is part of a partnership between the Digital Library of Georgia (DLG) and my department, the Walter J. Brown Media Archives & Peabody Awards Collection (BMA) at the University of Georgia Libraries that has lasted for over 10 years now. About 30 hours worth of content from the BMA’s WSB and WALB Newsfilm collections were digitized and described for that project.

The impact to BMA of having digital content out there via the DLG has been profound. I believe it has truly changed one of the ways people find us. To have our content go out through the DLG and then through the Digital Public Library of America (DPLA) which launched in 2013 can be seen in our use statistics. I know not every request for content comes to us at BMA, because content is discovered through these portals, but I’m guessing some do– having items in DLG and DPLA just makes people aware that we exist and might have content they are interested in. We have continued to digitize newsfilm content over the years, so now there are over 12,000 clips available to view online and share through the DLG.

In 2009, we had 152 requests for content from BMA to be digitized or used for viewing by students, faculty, general researchers, and producers. In 2017, that number grew to 1173 items, an increase of 671%. Ten years ago, getting the content together for digitization was challenging, now, it is something we do every day because we have the equipment and tools to do the work in-house. In the age of YouTube and Netflix, most users expect online access to audiovisual content and that is what we aim to provide.

Working with the DLG has been incredibly beneficial. We’ve had content digitized, but we’ve also had content described, and to me that has been a huge value to us. In some ways the digitization is the easier part because it can be outsourced to a vendor or we can digitize for ourselves, but because we are small department the need for describing the content is where we need the most help. Most recently we have been working with the DLG on home movie and town film collections from Georgia through one of their subgrant awards. This labor intensive, crucially important work to provide description is the only way to be able to find the content accurately. Describing content requires analysis, some historical perspective, and an eye for detail, and the DLG does that very well. For the Walter J. Brown Media Archives & Peabody Awards Collection, collaborating with the Digital Library of Georgia has always been a win-win.